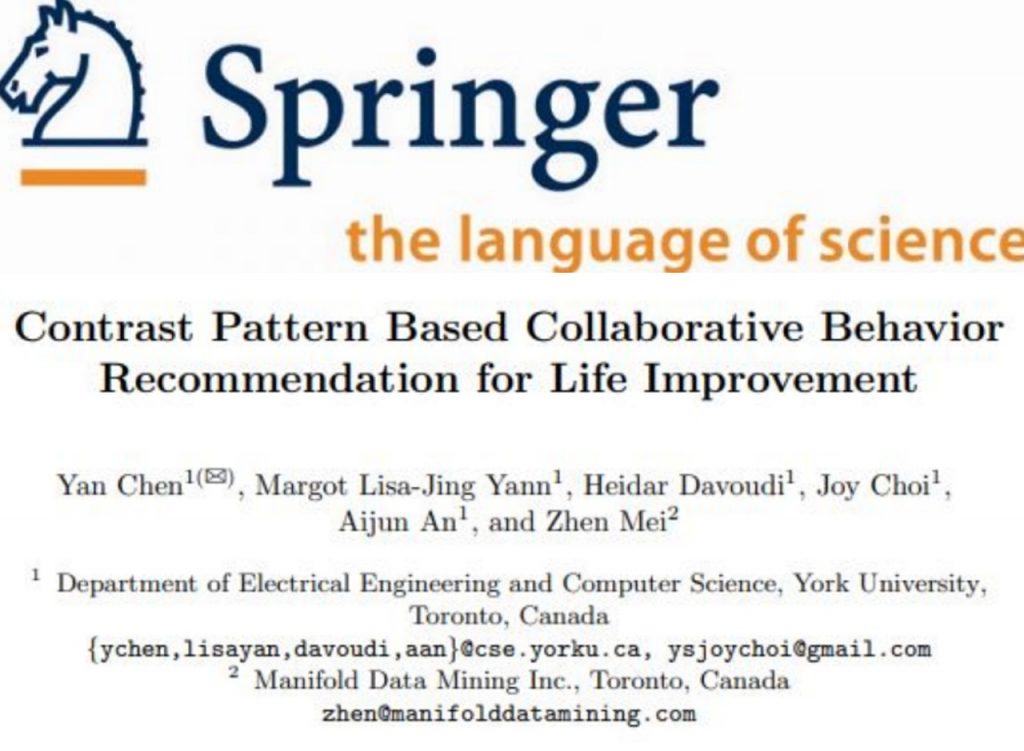 We use cutting-edge analytics and technology, and work with leading researchers in Big Data and Data Science. We published a paper in Advances in Knowledge Discovery and Data Mining with York University on using a recommendation system in a novel way. Recommendation systems have been used for job sites and Facebook’s recommended friends system, but have primarily been used in e-commerce and news. This paper looks at recommender systems in healthcare.

This project examines the impact of positive attitudes on both recovery from illness and human health in general. Specifically, we used a personalized behavior recommendation system to suggest the most effective behaviors for users to change from being unhappy to being happy.

Our dataset was the Canadian Community Health Care Survey, which has 16,836 people with heart disease and people with diabetes. This data includes more than 100 survey questions in seven categories including geo-demographics, lifestyles, social connections, and quality of life.

We considered a number of approaches including the nearest neighbor collaborative filtering framework. Ultimately, the result was a two-stage process. In the first stage, users were matched to contrast patterns using contrast pattern mining. In the second stage, users filled out a survey, and the system used k-nearest neighbors to identify people similar to the user and global contrast patterns provided the best personalized behaviour recommendations. We found that contrast pattern mining combined with collaborative filtering produced the best results and was effective in health care. This project was also supported by the BRAIN Alliance and NSERC.